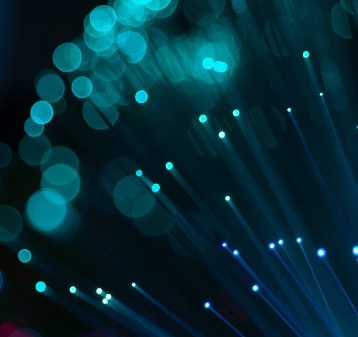 In sanctioning a second Restructuring Plan for Smile Telecoms Holdings Limited (“Smile”), the English Court has once again broken ground with respect to the new, post-CIGA insolvency landscape, providing useful guidance for debtors, creditors and solicitors alike. In this article, Pallas Partners LLP’s Tracey Dovaston, Nick Turvey and Henrietta Tonkin share their key takeaways, having acted for Smile’s majority shareholders and senior lender in respect of both Smile Restructuring Plans.

As the first of its kind to consider an application under section 901C(4) to exclude a class from voting on the plan, Miles J’s judgment at the convening stage provided helpful pointers on the test the Court will apply in granting such Orders:

More generally, the approach adopted by both Miles J and Lord Snowden throughout the second Restructuring Plan is instructive for creditors, debtors, and their counsel alike:

The Court will be careful to draw a clear distinction between the existence of jurisdiction in the strict sense and the exercise of jurisdiction (consistent with the approach taken by Lord Collins in Re Drax Holdings Limited).

On the question of whether the plan constituted a ‘compromise or arrangement’ in the relevant sense, Lord Snowden noted that what was required was some element of “give and take” between the creditors and lenders who were bound by the plan. The Court’s jurisdiction to entertain the plan on the basis that it amounted to a ‘compromise or arrangement’ could not simply rely on the fact that it shared a number of features with the First RP in Q1 2021.

In addition, where the Restructuring Plan proposes the alteration of a foreign company’s capital structure, questions of recognition will be subject to meticulous scrutiny:

Smile is one of the largest telecoms companies in sub-Saharan Africa, with operations in Nigeria, Tanzania, Uganda and the DRC. Incorporated in Mauritius, it has historically been financed through debt and equity investment by a group of companies referred to as “Al-Nahla”, and lending from numerous African banks and funds.

Following a period of financial difficulty, including because of Nigerian currency issues and a lack of funding from its bank lenders, Smile successfully sought the sanctioning of an English Restructuring Plan in early 2021. In broad terms, the First RP allowed Smile to secure urgent funding from a new super-senior lender (referred to as “966”) to attempt to execute an accelerated M&A process for its subsidiary operating companies and their assets. The English Court sanctioned that First RP, notwithstanding the opposition of a single lender in Smile’s senior lender group, the Government Employees Pension Fund (the “GEPF”) represented by its agent the Public Investment Corporation (the “PIC”).  The PIC (and the class as a whole, since the lender held a blocking stake) was “crammed-down”, including because the lender had voted for a collateral purpose.

The Second RP – Application and Convening

The resulting M&A process, set against the background of extended Covid-19 economic difficulties, failed to generate adequate interest in Smile’s assets. As a result, Smile launched a second Restructuring Plan (the “Second RP”) in December 2021.

Smile argued that its capital and debt structure was unsustainable, and that it required both (i) an injection of new money, and (ii) a compromise of its debt obligations. If successful, the Second RP would allow the provision of additional funding from 966, a transfer of Smile’s equity to 966, and the discharge of Smile’s lesser-ranking debt, in return for certain ex gratia payments to senior lenders. It was a condition of further funding from 966 that the Second RP be sanctioned and implemented.

Importantly, Smile relied on evidence that all but the super-senior debt (966) was now “out of the money”. As such, Smile contended that it should require only 966’s consent to effect the Second RP.

At the 12 February 2022 convening hearing, the Court approved Smile’s proposals and convened meetings to vote on the proposed Second RP. For the first time, and following a long and careful judgment from Miles J, the Court also granted Smile’s application for an Order under section 901C(4) of the Companies Act 2006: only a single class of creditors (the super-senior lender – 966) was convened to vote.

Although one of Smile’s senior bank lenders (Afrexim) had raised informal opposition in correspondence, the Court was satisfied that Smile had demonstrated (i) that the English Court had jurisdiction to convene the meetings; and (ii) no creditor other than 966 had a “genuine economic interest in the company”. In other words: in the relevant alternative (liquidation), the Court was satisfied that no other party would recover anything.

On one view, this was unsurprising: Smile’s application faced no formal opposition, and Miles J concluded that the evidence demonstrated that this was not even a “marginal case” as to where the value broke. Nevertheless, and perhaps in light of the fact that 901C(4) had not previously been exercised, the Court was meticulous in its analysis as to why Smile’s application should succeed.

966 voted in favour of the Second RP at the sole creditor meeting. Shortly before the scheduled convening hearing, however, Afrexim produced a valuation report (in correspondence with Smile’s solicitors) contesting Smile’s evidence that the senior lenders were “out of the money”. As a result, the sanction hearing was deferred by 9 days to 10 March 2022.

In the event, Afrexim did not appear and was not represented at the sanction hearing. Smile and 966 each supported the sanctioning application, whilst the sole senior lender/shareholder to appear (Al Nahla Technology Co) was neutral as to Smile’s application for sanctioning.

Appearing as a Judge in the High Court Chancery Division, Lord Snowden ultimately sanctioned the Second RP on 30 March 2022.